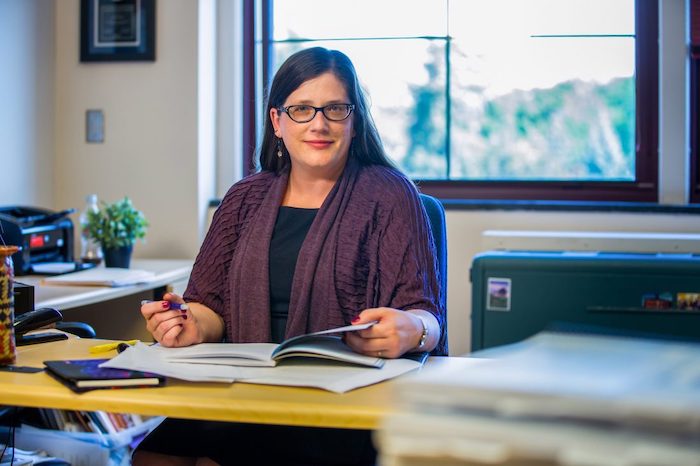 This year’s class includes University of Kansas Professor Sarah Deer, who has a joint appointment with the School of Public Affairs and Administration and the Department of Women, Gender and Sexuality Studies.

The 2019 class will be inducted in a ceremony September 13-15 in Seneca Falls. Deer will join the 276 current inductees in the National Women’s Hall of Fame and will be the first woman in the hall from the University of Kansas and the fifth Kansan, following Amelia Earhart, Gwendolyn Brooks, Jean Kilbourne and Ruth Patrick. This is the hall’s 50th anniversary and marks the number of years it has been documenting and recording how women have changed the landscape of U.S. History.

Deer was selected by a nationwide panel of judges, leading experts from organizations and educational institutions that applaud her contributions to improving life for women. She is being recognized in particular for her work on the Violence Against Women Act and the Tribal Law and Order Act and her advocacy around issues of sexual assault and domestic violence in indigenous communities.

Deer’s scholarship to end violence against women focuses on the intersection of federal Indian law and victims' rights. She was named as a MacArthur Fellow in 2014.

“It is wonderful to see Sarah’s work reach the national acclaim it deserves,” said Rosemary O’Leary, director of the School of Public Affairs and Administration. “Sarah is a passionate and tireless advocate for Native women who seek justice in a system that denies them at every turn. She is an inspiration to her students, her colleagues and the community. I can’t think of a more fitting tribute than a spot in the National Women’s Hall of Fame to honor her contributions.”

“It is fitting that this announcement should come just one day after Sarah testified before Congress for the reauthorization of the Violence Against Women Act, speaking about Native American women, sexual violence and tribal autonomy,” said Nicholas L. Syrett, chair of the Department of Women, Gender and Sexuality Studies. “I cannot think of anyone more deserving of this honor. We’re exceedingly lucky to have her here at KU.”

The National Women’s Hall of Fame was founded “to honor in perpetuity those women, citizens of the United States of America, whose contributions to the arts, business, education, government, the humanities, philanthropy, and science, have been the greatest value for the development of our country.” The Hall is the only public-nominated organization in the country dedicated to the purpose of recognizing and honoring the achievements of extraordinary individual American women from every walk of life and every era of American history.