LAWRENCE — For decades, the federal government has used housing vouchers as part of a strategy to help low-income Americans obtain affordable housing as a way out of poverty. Part of that strategy was to help individuals and families settle closer to employment opportunities, but new research shows that proximity to jobs may not be as crucial as previously thought. 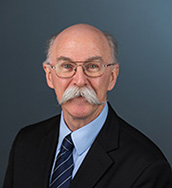 Kirk McClure, professor of urban planning in the University of Kansas School of Public Affairs & Administration, has co-written a study examining a national dataset of households receiving support from the Housing Choice Voucher Program from the U.S. Department of Housing and Urban Development. The analysis showed that recipients tended not to locate in neighborhoods that are closer to areas with high job availability compared to their previous neighborhoods and that when they do move to such areas, it does not result in higher earned income.

“We have assumed for a long time that if a household locates in a neighborhood with a lot of jobs, or at least not as much competition for jobs, that’s good,” McClure said. “Congress has not wanted this program to be a form of welfare but a way to move out of poverty and into gainful employment.”

McClure co-wrote the study with Michael Lens of the University of California Los Angeles and Brent Mast of the U.S. Department of Housing and Urban Development, Office of Policy Development and Research. It was published in the journal Cityscape. The authors set out to determine if very low-income renter households using the program, known as HCV households, move closer jobs, and if they do, whether the moves are associated with higher income. McClure and co-authors analyzed data from HUD, which included about 2 million households. Of those, approximately half were included in the study, as they were adults in the workforce, and the other half were not in the workforce due to age or disability. The data showed no association between proximity to jobs and HCV households or an increase in earnings for those who relocated closer to jobs.

“The data says people who move don’t necessarily have higher employment or earnings,” McClure said. “That suggests we may have been using this program in not the absolute best way for 25 years, and it says to me of the linkage between place of residence and place of employment is not as important as we thought.”

Other factors are almost certainly at play, the authors point out. Available transportation for HCV households was not accounted for in the study, and HCV households with vehicle ownership are more likely able to commute farther distances to jobs and services without the necessity to move. Access to public transportation also plays a role, and if a recipient moves closer to jobs, but public transit is lacking, that can be reflected in an inability to reliably get to work, get kids to school and access other basic services.

Proximity to good schools and other neighborhood characteristics play a role as well. The authors point out that many recipients likely look at those characteristics before job proximity when deciding where to move. Families show a tendency to move to neighborhoods in good school districts that are more suburban by nature and not as close to high job-density areas. Landlord resistance is another common obstacle in HCV household relocation. Landlords are under no obligation to rent to voucher recipients and can legally choose not to rent their property to voucher recipients.

McClure said the results make several points clear. First, researchers and policymakers must rethink the “geography of opportunity.” That is the driving idea behind such programs that seek to help low-income families move to new neighborhoods. Moving away from high crime areas is one factor, but what makes a desirable neighborhood is less clear. If proximity to jobs is not as important as once thought, factors such as access to transportation must be more closely studied.

“We need to rethink what it means to be a high opportunity neighborhood,” McClure said.

Second, annual report cards that are provided to the more than 2,700 housing authorities across the country that take part in HCV programs need rethinking as well. HUD has long graded housing authorities on the quality of the neighborhoods where HCV households locate. Proximity to jobs is likely overvalued in those rankings, again in respect to other factors such as access to transportation. In addition, landlord outreach needs to be strengthened. As landlords are not under an obligation to rent to voucher recipients, housing authorities should be able to offer incentives to landlords such as guaranteeing rent and guaranteeing occupation of set numbers of available units, among others, McClure said.

While policy has long focused on the proximity to jobs for housing choice vouchers, McClure and co-authors argue that the absence of data to support a benefit does not mean the programs are not working. Instead, policy should take into account other factors.

“Ultimately, we think that the rational policy response to these findings should be to keep the importance of job proximity in perspective. Evidence of the importance of job proximity for HCV households is simply not sufficient to warrant that it be as high a priority as are safe neighborhoods and access to high-quality schools,” the authors wrote. “HCV households are a diverse group, however, and for households in the workforce and without access to reliable transportation, proximity to jobs is worth paying attention to without allowing it to override concerns that evidence suggests may be more important.”